Om Ali  “Ali’s mother” is an Egyptian dessert that could remind you kind of bread pudding if you have never tasted it before. It is usually served in small clay baking dish as individual portions. Om Ali dessert came from a long amazing and bit dark history mixed with the Egyptian folklore. For sure, it has something to do with the last amazing woman ruling Egypt, it is not Cleopatra, it is Shajar al-Durr during the medieval islamic time. It is a fascinating story if you like history. If you want to have an idea with for sure historical mistakes and mess, please read my brief summary below that I collected from all over the net, an arabic movie and history class when I was a kid 🙂

Shajar al-Durr was of a Turkish origin, she was a slave and sold to a man named As-Salih Ayyub, who will be a Sultan later in the story. She eventually became his wife and he trusted her a LOT!  During the seventh crusade attack, As-Salih Ayyub got so sick and he died when the French armies of Louis IX of France landed in Damietta (in Egypt). Now, Shajar al-Durr, personality will rise! She hid the news of his death to protect the army’s morale. And with the help of some commander, she took over leading the battle behind the scenes against Louis IX. The amazing thing is that the army won!

Then, Shajar al-Durr made it public that her husband was dead during the battle, and I will skip some historical details here but eventually she became the Sultan of Egypt. Of course some higher ups were not happy about her. So, in order to calm things down, she  married a Mamluk soldier, Aibek who already had a wife (Om Ali). Aibek became the Sultan after their marriage but it was said that she was the one in power anyway. Years after, she was feeling that her power was at a slippery slope when Aibek decided to marry a third wife. So, Shajar killed him and then it is said that Aibek’s first wife’s (Om Ali) commanded the maids to kill Shajar for revenge. They beat her to death by clogs!!! Om Ali celebrated Shajar’s death and created this dessert to celebrate. Or so they say in the Egyptian folklore story!

Now to the recipe.

In a deep bowl, mix the milk  with the heavy whipping cream, coconut, sugar and vanilla.
Keep it in the fridge until puff pastry is ready.
Preheat oven to 350 degrees F.
Place the pastry sheet in a baking dish and place it in the oven.
When the top layer puffs and turns light golden, remove it from the oven. 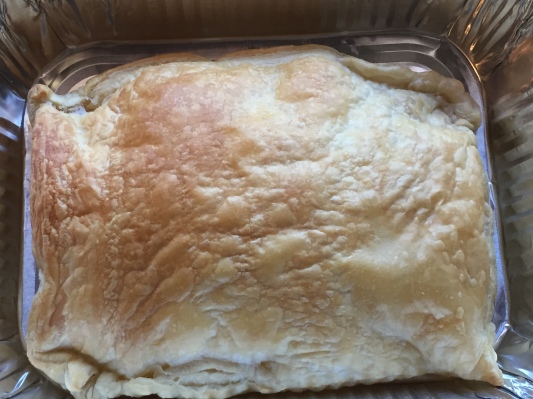 Now in a deep baking dish, mix the broken pastry with nuts and raisins and 1 tablespoon of sugar. 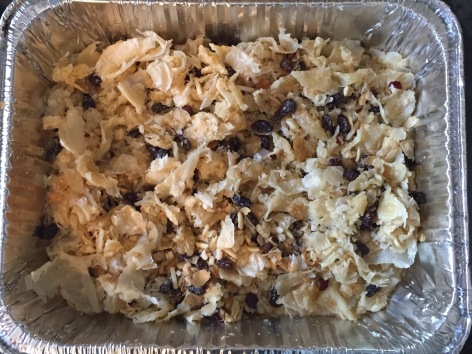 Pour the milk over the pastry mix. 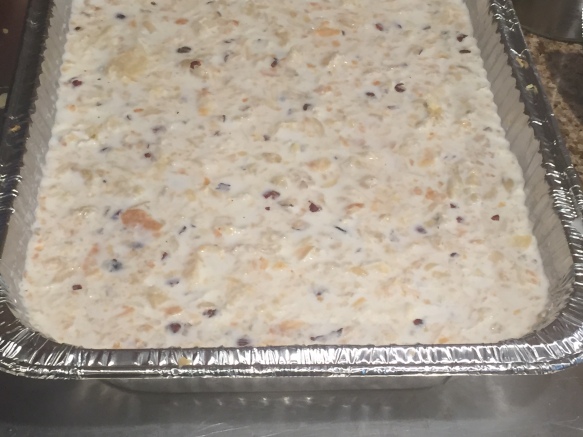 My name is Simona and I am originally from Egypt. I have a great passion to create recipes that are impacted by both the American and the Egyptian Kitchens. I used to be an ED of engineering and I decided to follow my passion in the Culinary field. View all posts by Scarf Gal Food