Ruz bilkhalta is a very popular middle eastern side dish. Each country has its own spices and way of making it. Some use caramelized sugar as the basis of the rice, some brown the rice itself in butter until golden color and some do both. There are some common factors across all the variations of different countries. For example, the rice is always golden brownish color, it has some nuts, cinnamon and some type of meat on it. I love the version of ruz bil khalta with beef liver, however I know the liver is not that popular and not everyone likes it. So, I am making it today with ground beef. Ruz bil khalta is usually served in big gatherings and it goes perfectly with roasted turkey or pot roast. I would just eat it by itself 🙂 Hope you like it!

For the nuts garnish on the top

For the ground beef on the top

1.5 lb ground beef
2 tbsp olive oil
1 tsp ground cinnamon
1 diced onion
2 minced garlic cloves
salt and pepper
Warm 1 tbsp of butter in a pan, add the almonds, pine nuts and pistachios. Ad 1/2 tsp of cinnamon and stir around until golden color. Be careful not to burn them.
Set aside. 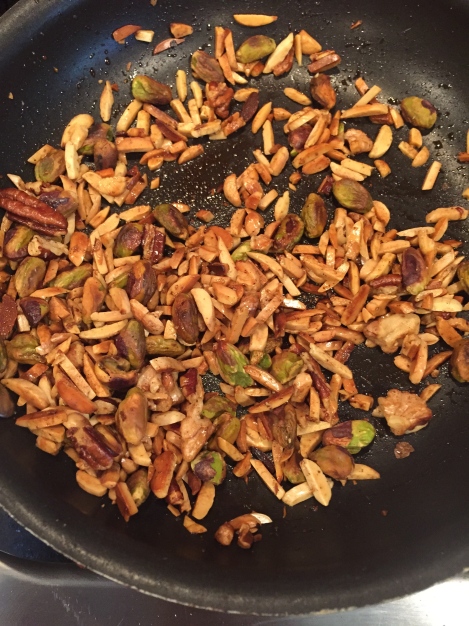 In  a bowl, soak the raisins in boiling water. when it becomes bigger, drain, cover and set aside.

In a medium pot, add the 3 tbsp of sugar on medium heat.
This sugar will turn into caramel after few minutes and this will be the sweet basis that we will use for the rice. 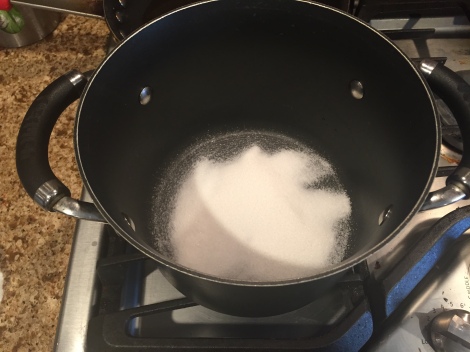 As soon as the sugar gets melted and the color changes to golden color, add the minced onion and stir super quickly. Now, do not panic if the sugar caramelizes. Add the hot water and stir, the caramel will melt again. Keep stirring, add the cinnamon, all spices, ground cloves, nutmeg, tomato paste, cardamom, bay leaves, 1/2 bouillon cube and stir for a couple of minutes on medium heat then take off heat and set aside. 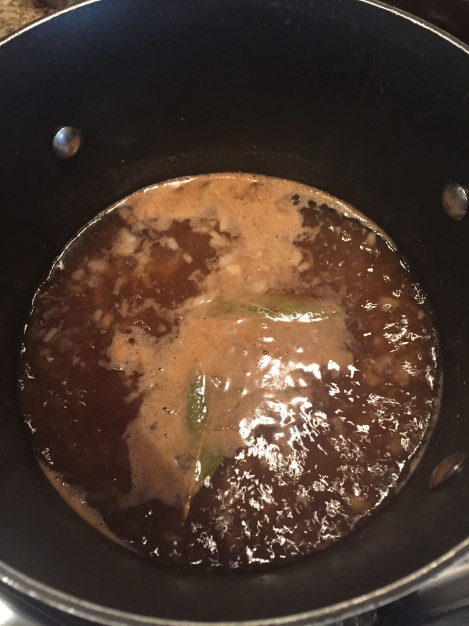 Wash the rice well, drain and set aside for a couple of minutes.

Now in a separate large pan, add the butter and the oil on medium heat.
when butter sizzles and melts, add the rice.
Stir it for at least 5 minutes until the color changes. It does not have to be golden brown since it will get its color from the caramel but at least stir it around for 5 minutes or bit longer if your hand can stand all that stirring. 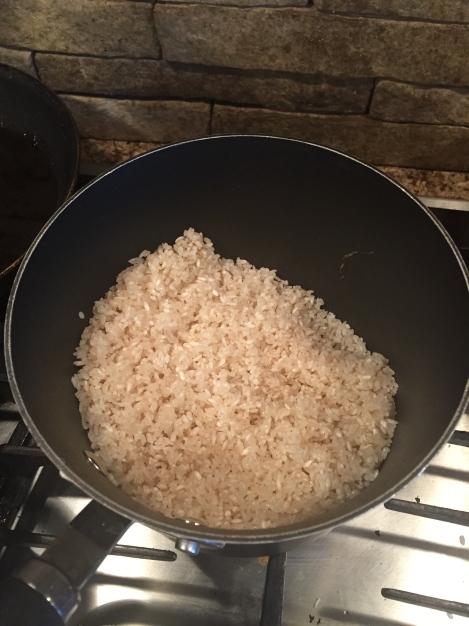 Add the hot water with the spices and caramel mix to the rice and give it a stir.
Cover and let it simmer at very low heat. 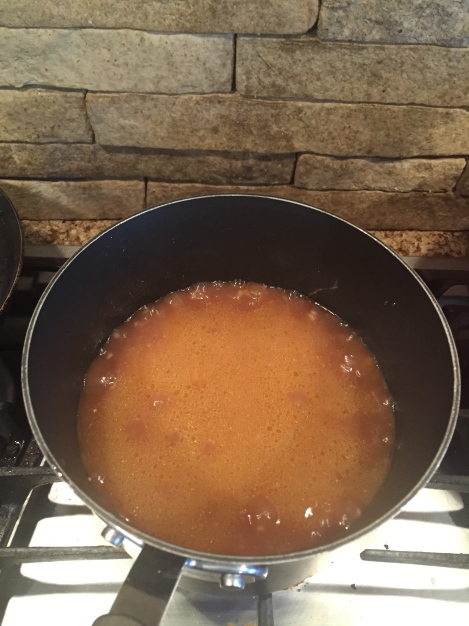 The rice will take around 30 to 35 minutes. Do not uncover or stir until then.

Check on the rice after 30 minutes using a fork not a spoon to fluff  it.

If done, plate the rice, then garnish all the top with the ground beef then add the nuts and the drained raisins on the top. 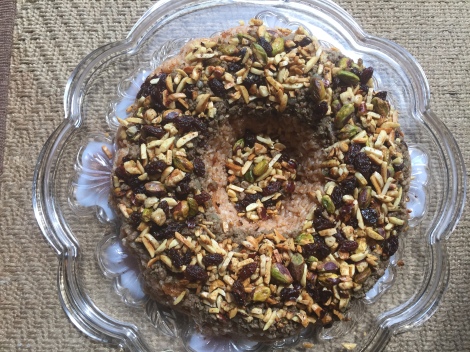 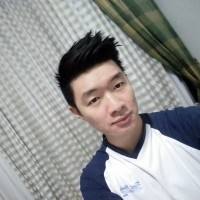