In middle east, pastries with date filling are very common. It could be in form of cookies, pastries or bread rolls. It is really tasty and common in all Arab countries. In Egypt, it is usually in a form of bread roll but in other countries it is more common as in cookies form that is called “Mamoul”. If you have never tried it, it is something definitely to try,  it is so yummy!

So, one day I was making regular Cinnabon rolls with cinnamon and brown sugar, but my friend suggested to put some of this Mediterranean flavors in it. So, we decided to make Cinnabon with date and cinnamon filling. The result was amazing! The dough is bit different since I am not using eggs or milk. The dough is not too heavy, it is more like soft bread. Hope you like it!

1 cup of warm water
1 tablespoon dry yeast
1 tablespoon sugar
5 tablespoons white honey
3 1/2 cups of sifted bread flour
1/4 cup softened unsalted butter (I have not tried yet to substitute with oil, it will be in another recipe if succeeds)
1/4 teaspoon salt

For the filling, mix the melted butter, brown sugar, cinnamon and dates together to form a paste.
In a large bowl, add 1 cup of warm water.
Dissolve the sugar in the water.
Sprinkle the active dry yeast on the top of the water. Set it aside until the bubbles appear, it takes at least 5 minutes.

In a large bowl, sift the flour.

Mix the salt with the flour.
In the kitchen machine, mix honey, butter, water and yeast mix. Add 1 cup of flour at a time.
Keep mixing for at least 10 minutes until dough forms. If you do not have have the kitchen machine, flour the surface and knead while adding the flour one cup at a time.
On a floured surface, form the dough into a ball.
In a well buttered bowl, place the dough and cover with plastic wrap. The dough should be really soft and elastic. 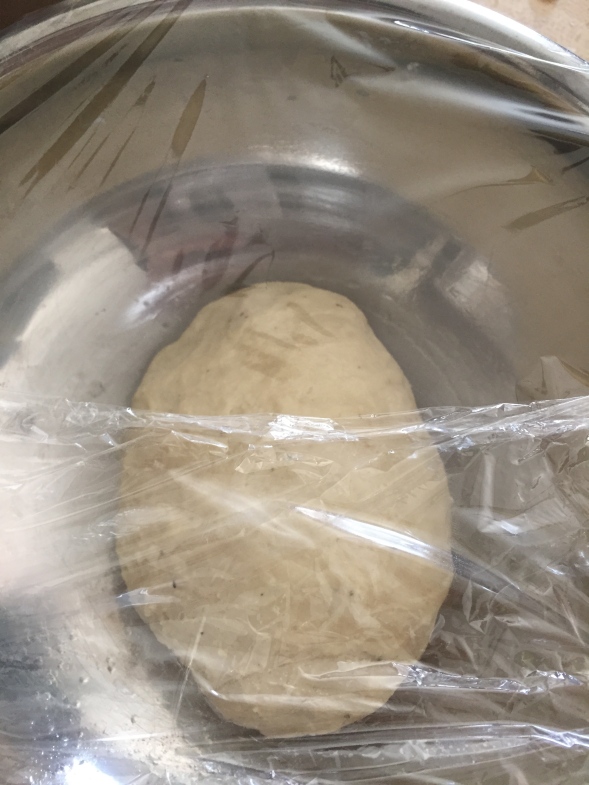 Let it rest for about an hour until the dough rises.
After an hour, deflate the dough by punching the dough down.
On a floured surface, knead the dough a few times more.
Roll it out in a rectangular form on a floured surface.
Spread the dates mix all over the rectangular dough.
Fold to make the roll then slice it to make separate rolls.
Brush the surface and the sides with some of the melted butter.
Sprinkle on the top 1 teaspoon of brown sugar.
Preheat the oven to 350 degrees F.
Bake for about 20 minutes.

My name is Simona and I am originally from Egypt. I have a great passion to create recipes that are impacted by both the American and the Egyptian Kitchens. I used to be an ED of engineering and I decided to follow my passion in the Culinary field. View all posts by Scarf Gal Food